This map drawn up in 1932 includes a dot representing each existing Rosenwald School at the time. 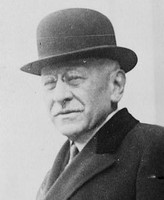 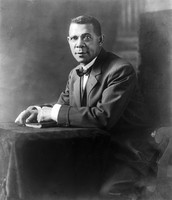 Thus, Rosenwald, who never graduated from high school, became an early pioneer of seed money and matching funding as he and Washington partnered in an education project in which they conceived of a new, experimental way to help rural African Americans gain access to public education.2

Julius Rosenwald and His School Fund →
Rosenwald Schools: A History