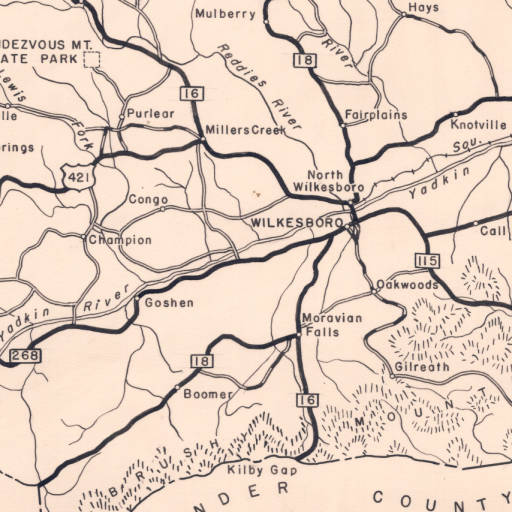 (courtesy of the State Archives of North Carolina)

Lying across the Yadkin River from the older town of Wilkesboro, North Carolina, the mountain community of North Wilkesboro, North Carolina arose from a land deal between members of the Finley family in the late 1840s. Following the arrival of the railroad in the late nineteenth century, North Wilkesboro became an industrial powerhouse in Wilkes County. Home to tanneries, lumber companies and a rail depot, the town underwent rapid growth.1

By the mid-1980s, during the renovations of the Lincoln Heights Rosenwald School, Cairo had a population of approximately 1200 people including nine churches, two schools, and twenty-five small businesses.  Today the town of North Wilkesboro boasts a historic downtown district, which is listed on the National Register of Historic Places, among other historic sites still waiting to be protected and preserved.3